There is too much to see and too little time in this marvelous city! These Christmas do not miss… 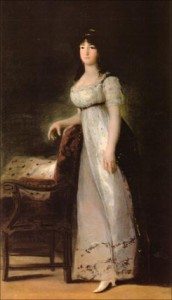 PALACIO DE CIBELES: “Casa Alba”.  Without a doubt this will be one of the major exhibitions of the year. Historically, The Dukes of Alba have been the largest art collectors after the Royal Dynasties in Spain. Their taste for art is exquisite, and their collection is wonderful, at least the minute part of it shown here. We fin Goyas’, Titians’, Ingres’, Rubens’, and Fra Angelico’s “Our Lady of Granada,” which according to the director of the MET is the painter’s best preserved work. Beyond paintings, we also have the opportunity to see incredible pieces like Christopher Columbus’ hand-written letters and the House of Alba’s Bible translated to three languages from the Hebrew Bible, held in the fifteenth century by the Jewish Rabbi Mose Arragel.

MUSEO THYSSEN: “Cartier”. The most beautiful historic pieces of the famous French jeweler are being exhibited at the Thyssen Museum. Cartier came to fame as the “King of Jewelers” during the Belle Époque for his beautifully made diamond and platinum jewelry created for the Courts of Europe and Americans of the Gilded Age. During the Art Deco era, Cartier fashioned some spectacular pieces for celebrities of the day, from the Duchess of Windsor to Jean Cocteau. My favorite is a stripped cigarette case and a matching lighter that belonged to the sister of the present Spain’s King.

FUNDACION ICO: “Ma Yansong “. The very young and award-winning architect of the ICO foundation is on exhibit. His projects are very interesting since they strength the artistic character of architecture without forgetting its sustainable social impact and the local tradition. A young artist who we will surely be talking a lot about in the XXI century.

FUNDACION JUAN MARCH: “Arte británico de Holbein a Hockney”. British art is quite unknown in Spain, with one exception the Fundacion Lázaro Galdiano’s portraits collection. That’s why this exhibition demonstrates the extraordinary scope and vitality of art in Great Britain since the Protestant Reformation in the sixteenth century through present day. The idea that lies behind the exhibition is to learn what occurred in the art world in Great Britain through five centuries of British art when we enquire into where it was and is instead of what it was and is. It’s curious that a considerable number of foreign artists made Great Britain their home and their place of work. For instance, look at John Singer Sargent’s portrait of a woman.

TELEFONICA: “Colección Cubista”.  The exhibition underscores the relevance of Juan Gris for Cubism, to my personal point of view more valuable than Picasso’s or Braque’s one. The artist is presented in all the diversity and complexity of his career, of his work with formats of diverse proportions and textures following his invention of plastic rhymes. Juan Gris is also the leading exponent of the new form of Cubism that emerged between 1916 and 1923.

Do not miss this unique opportunity!