Madrid – a city known for its monumental, bohemian, modern charm and nightlife! While I couldn’t get enough of the museums of Prado and Reina Sofia, the picturesque Cibeles Fountain, the Royal Palace, Alcalá Gate, Retiro Park, the irresistibly sensuous flamenco dance and all the artistic and musical jazz around, here’s another exciting part: this Spanish capital also happens to be a prime international destination for the fashion conscious! 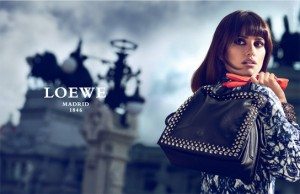 From influential and innovative designers…Madrid its a gorgeous place for shopping !

This Galician probably claims the most ubiquitous designer label in Spain. After kicking off his career in his father’s boutique in Ourense, Galicia, he eventually opened up his own brand-name clothing shop in Madrid. Now, his relatively affordable line has locations around the country, and is a mainstream favorite of  my Friends. 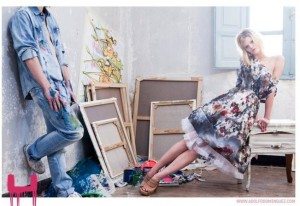 There’s a Spanish designer I love, Amaya Arzuaga, because she really plays with volume—her clothing is like sculpture. Amaya has undoubtedly blazed fashion trails in Spain – particularly as a female designer. Not only was she the first Spanish young lady  invited to debut at London’s Fashion Week but, since then, her success has brought her to Fashion Weeks in Milan and Paris. Designing for both men and women, her collections also include bathing suits and even wedding dresses.

LOEWE
C/Gran Via ,8
Loewe may very well be the ultimate Spanish brand. Dating back to 1846, the business – known for its luxurious leather – was launched by a group of Spanish craftsmen. Some 30 years later, the brand got its well-known name when German Enrique Loewe decided to join the team to build the brand, later establishing it as an official supplier to the royals. From its game-changing Amazona handbags to its ready-to-wear clothing collections (first designed by the likes of Lagerfeld and Armani), this is one shop you won’t want to miss out on (your bank account, however, might think otherwise). I love my Loewe bags! 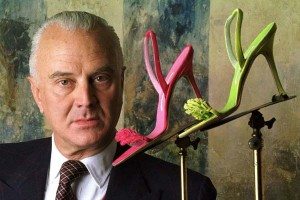 This half-Spanish, half -Czech designer probably needs no introduction as, chancesare, if you don’t own a pair of his shoes, you probably wish you did. The fashion icon got his start in the Canary Islands, before moving to Paris, where he discovered his knack for shoe design. Known especially for his sleek, sexy stiletto creations, he not only revitalized their fame in the 70s, but ensures them as a wardrobe staple for decades to come. Do you have one´s?

Designer gold and silversmith Pedro Durán Morales, purveyor to the Spanish Royal Family and founder of the Duran Group, was creating works of art in silver more than 100 years ago. Durán Joyeros came into being in 1962, when the Durán brothers bought premises to sell their jewellery in Madrid’s chic Salamanca district. Not long after, in 1968, they opened the Pedro Durán silverware factory and soon became one of the country’s best known jewellery firms.

Its creative activities include designing works of art in gold and platinum, using the choicest gemstones. Its collections are sold in more than 60 countries all over the world. My favorite part of the store it’s the “auction house “ with old jewels.