5 Top Exhibitions in Madrid this Summer

Summer tends to bring out the best in everyone, including the multitude of temporary exhibitions around the city. Explore the worlds of contemporary art, history painting, fashion, photography, modern portraits and architecture at the best places in town. This is your chance to visit the biggest shows at the major venues and see what all the fuss is about.
Here is our selection: 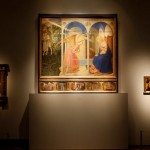 Museo del Prado
Fra Angelico to Fortuny offers an historical-artistic survey of the  Museo del Prado collections,with more than 250 paintings in which the common denominator is their small size, reflecting their function as cabinet paintings or preparatory studies.
Superbly organized and presented, the exhibition facilitates intimate contemplation and invites the spectator to delve into the beauty contained in these small works of art, their originality and and their rarity. 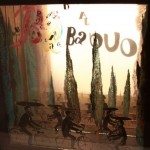 Museo Reina Sofía
Throwing light on the figure of Salvador Dalí through an amazing selection of major works, running from April 27 to September 2, the Reina Sofia Museum presents over 200 of its works, in an exhibition divided into themed time periods : Local and universal, From the “Residencia de Estudiantes” to surrealism and to the paranoiac critical method, Myths and History, Theatricality, Mystique and Science,Self-reference and big machines.

Pausing before a piece by Salvador Dalí was always an incredible concern, and I came to crave the fluid style and disturbing clutter of his work. 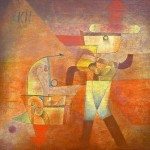 Fundación Juan March
Master of the Bauhaus, which opens on March 22 and runs until June 30 at the Juan March Foundation in Madrid, presents a selection of 137 of Klee’s paintings, watercolors and drawings executed between 1899 and 1940, alongside nearly 100 manuscripts chosen from among his lecture notes.
Klee was born on December 18, 1879, in Münchenbuchsee, near Bern, Switzerland. His training as a painter began in 1898 when he studied drawing and painting in Munich for three years. By 1911, he had returned to that city, where he became involved with the German Expressionist group Der Blaue Reiter (The Blue Rider), founded by Wassily Kandinsky and Franz Marc in 1911. Klee and Kandinsky became lifelong friends, and the support of the older painter provided much-needed encouragement. Until then, Klee had worked in relative isolation, experimenting with various styles and media, such as making caricatures and Symbolist drawings, and later producing small works on paper. His work was also influenced by the Cubism of Pablo Picasso and Georges Braque, and the abstract translucent color planes of Robert Delaunay. 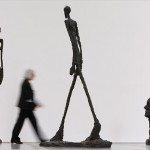 Fundación Mapfhre
From June 11 to August 4 , 2013 The Fundacion Mapfhre is offering a new perspective on the art of Alberto Giacometti (1901–1966), revealing why this leading 20th-century sculptor’s work is still regarded as groundbreaking.
For the first time where the importance of Giacometti’s widely unknown surrealist work for his world-famous postwar-Œuvre is shown: Like on a game board, Giacometti plays with elements, which hauntingly refer to Eros, Death and Souvenir. Those works were models for large-scale designs for public squares that invited human participation. With their presentation alongside his group sculptures of the postwar period through to the over life-sized ensembles he designed 1960 for a public place in New York, the exhibition reveals the full scope of his work and the contemporary relevance of his art. ‘Giacometti’ presents sculptures, paintings, drawings and photos of all periods from international museums and private collections. 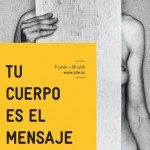 La Fábrica
PHotoEspaña 2013, XVIth edition of International Festival of Photography and Visual Arts, will take place from 5 of June to 28 of July 2013.