5 ways to Reach the city center

1.- AIRPORT “Barajas Adolfo Suarez “Most people arrive in Madrid by air, Madrid’s Barajas Airport (MAD) is about 15 km (9 miles) from the city center, with easy connections by taxi, bus and Metro. The Metro can be easily accessed from all four terminals and Line 8 connects the airport with the city. It takes about 15 minutes to get from Aeropuerto Station (T1, T2, T3) to Nuevos Ministerios, and 25 minutes from T4.Taxis are recently a  fix price :30€ to reach your destination in the city center. No extra fees for luggage . Special bus to city center is 5€/pax. 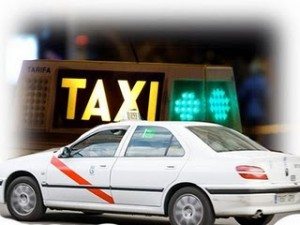 2.-RAILWAY. We have two train stations, Chamartin in the north on the city and Atocha in the city center. Spain offers the largest high-speed rail network in Europe . The popular high speed train called Ave links already almost all spanish main touristic destinations  so if you reach Madrid from Barcelona, Málaga, Seville, Toledo, Zaragoza or Valencia you will arrived to ATOCHA TRAIN STATION.

3. TAXI. Even though the largest localities in the region have their own taxi network, the ones used the most are the capital’s taxis, white with a diagonal red line. They run around the city every day and it is easy to find them on the streets. Also cab’s tariffs are less expensive than in the rest of Europe.

4. METRO. In October in year 1919, King Alfonso XIII inaugurated the first subway line, which meant a very important advance in transportation. This line linked the Puerta del Sol and Cuatro Caminos. Fourteen days after its inauguration the service was open to the public.

This suburban network is formed by twelve lines and three “metro ligero” lines (tram). These lines allow passengers to move around the city quickly and punctually, the trains run non stop from 6 a.m. to 1.30 a.m.

5.BUS. In the city of Madrid the regular bus service is run by the Empresa Municipal de Transportes (EMT). It has 216 lines that connect every street within Madrid, 26 of theme are night lines, popularly called “owls” (búhos). 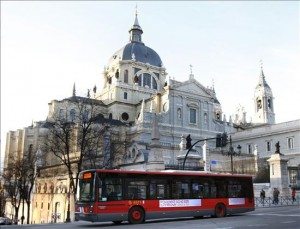 Hop-On Hop_off Bus T:his is a great way to see the city’s fantastic monuments and sights, allowing you to get a good overall view of Madrid, with the flexibility to hop-off the bus to further explore any attractions you particularly like.Price for 48h is 25€