A GATE TO DIVERSITY

Madrid, where prejudice stays in the closet

Madrid is coming into its own after being voted the Best Annual Gay Destination for the second year running last year by MTV’s gay channel,  is becoming known as an inside tip for party people across Europe.

Madrid awaits you with open arms. It is a city that welcomes visitors and helps them to fit in. It is a fun city where variety and diversity are its main characteristics. 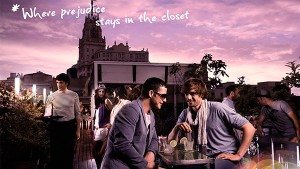 The gay scene in Madrid is one that has been rapidly growing over the past few years and illustrates just how open-minded the city has become. This stems from the Spanish government, recognized as being one of the most progressive in Europe in terms of legislation and rights for the gay and lesbian community.

This is one of Europe´s most vibrant cities, and this can be attested to not only by its action-packed cultural calendar, but also by its street life. Because Madrid is synonymous with vitality.

Madrid manages to successfully combine business, culture, leisure and tolerance. For that reason the  city is  known for welcoming those who live life their own way. Its gay scene is located  around the city’s Chueca district, follow us and discover the most interesting buildings, markets, cafés, shops, restaurants , bookshops and Clubs. 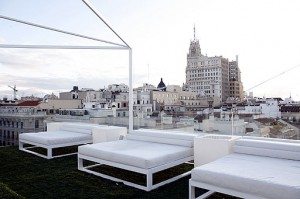 Most of the gay bars, cafes, shops and clubs in the city are located in close proximity to the Plaza de Chueca. However, in more recent years the nearby multicultural neighborhoods of Lavapies and Latina have also begun to take on more of a pink hue, with many gay-friendly bars opening up there , particularly those catering to women.

Contact us for your private luxury guided tour in Madrid