It´s always a great new that Madrid re-open a Museum this week, the Museo Carlos de Amberes is located in a former church in the well-heeled area of Barrio de Salamanca and dedicated to Dutch and Flemish Old Masters. 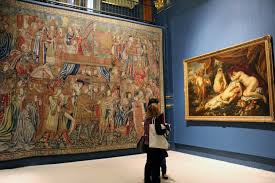 The museum heralds a new era for the Fundación Carlos de Amberes, which started as a charity back in 1594, when Philip II of Spain was also Lord of the Seventeen Provinces of the Netherlands. By 1987, it had shifted its focus towards artistic and educational philanthropic activities, and, since 1992, it has run an active program of temporary exhibitions, lectures, and research.

The private foundation, however, doesn’t have an art collection. The only painting that it owns is Peter Paul Rubens’s The Martyrdom of St. Andrew (1637). This means the Museo Carlos de Amberes will follow an unusual structural model more or less entirely based on loans.

Taking the economic crisis that is affecting art institutions all over the country into consideration, however, the question remains: Why launch a museum now? After all, how will Museo Carlos de Amberes compete with the Museo del Prado, only a mile away? 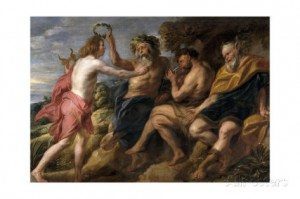 “The crisis was precisely one of the main reasons to move forward with the institution”. “Each temporary exhibition organized had a budget of around €1.5 million, while developing the structure of a museum to host a large, more permanent exhibition alongside a program of temporary exhibitions of works on paper is of €700,000,” she explained.

The Prado is a magnificent museum, but it is also enormous and broad. People visit the Prado to see Goya, Velázquez, Bosch… But they will come to us to enjoy a careful selection of 16th and 17th century Flemish masterpieces. Because we are showing a sizeable collection of 40 paintings, we are also able to provide extensive interpretation and pedagogical material on each of the pieces,” she continued.

“Our research also showed us that the span of attention of the average museum-goer is of 90 minutes,” Geens added. “This is why boutique museums such as ours are starting to flourish.”

The inaugural permanent exhibition, which gathers 40 Flemish masterpieces, has been assembled by securing loans from several other European institutions. The Royal Museum of Fine Arts in Antwerp, closed until 2017 due to renovation, has loaned an astounding 21 works. They include important paintings by Rubens, Anthony van Dyck, Jacob Jordaens, Bernard van Orley, David Teniers II, and Michaelina Wautier, one of the very few female Flemish painters of the period.

But not all the loans come from afar. Museo del Prado loaned 10 works for a period of a year, with the possibility of an extension. These include The Infanta Isabel Clara Eugenia (c. 1615) by Jan Brueghel the Elder and Peter Paul Rubens, Policena Spinola, Marchioness of Leganés (1627) by van Dyck, Apollo as Victor over Pan (1637) by Jordaens, and Original Sin and The Construction of the Tower of Babel by Frans Francken the Younger.

Let us us take you there!

Find more like this in: Art & Culture, MC&C Blog