Surrealism and the Dream

Refletions on the new exposition in the Thyssen Museum

Many, who have visited expositions with me, have heard me talk about surrealism. From my personal opinion, surrealism started in Bosco´s Garden of the Delicias in 1503 and continues with Arcimboldo´s ¨Spring¨in 1563 – which we can find in the magnificent Academy of Bellas Artes of San Fernando. It is from there that we can divulge into the whimsical works of Goya, before putting ourselves in front of the surrealism of the 20th century. In Spain, to speak of surrealism is to speak of  Salvador Dalí

Dalí arrived to Madrid in 1922 and settled into a Residencia de Estudiantes for study at the  Royal Academy of San Fernando. This same year, Dalí translated the interpretation of dreams, by Freud, – not all surrealists followed the supposed Freudians- to Spanish for Lopez-Ballesteros. Dalí became passionate about the trilogy and even began to assimilate notions of dreams responding to sexual desires, no satisfaction.

And, like the baseless fabric of this vision,
The cloud capped towers, the gorgeous palaces,

The solemn temples, the great globe itself,
Yea, all which it inherit, shall dissolve,
And, like this insubstantial pageant faded,
Leave not a rack behind. We are such stuff
As dreams are made on, and our little life
Is rounded with a sleep.

In the artistic movement, some artista really stood out such as: Breton, Ernst, Miró Tanguy, Magritte, Masson really…as well as Maruja Mayo, Remedios Varo, our dear and recently decease Angeles Santos Torroella and many more.

All of them played with their dreams, but also with their daydreams and their excitement to change the world.

It´s that dreams are a fundamental dimension of the human life. Dreams transform a part of our lives, they enrich us and they make us crazy.

Is surrealism an attitude in front of life? An utopia of a mind full of possibilities?

If we situate ourselves chronologically in front of a movement that arose in Europe in the 20th century, the critical sense of a utopia is more necessary than ever. The world was changing and it is then that the proposal was made more intense. Ernst Bloch continues a line of thought opposite to Freud, in that the unconscious is not linked to the past, but rather intimately in relation with the future: the prince of hope.

We dream while we are sleeping and while we are awake. Between the night-dreamer and the day-dreamer, between Minerva (the day) and Hecate (the night); the two worlds nourish each other.

They dream, they enter into a temporary state where clocks don´t make sense, they defend the external stimulus that will threaten him and they have a profound and poetic experience.

Ask yourselves: what is the color of your dreams? How would you materialize this image?

Joan Miro, this is the color of my dream. 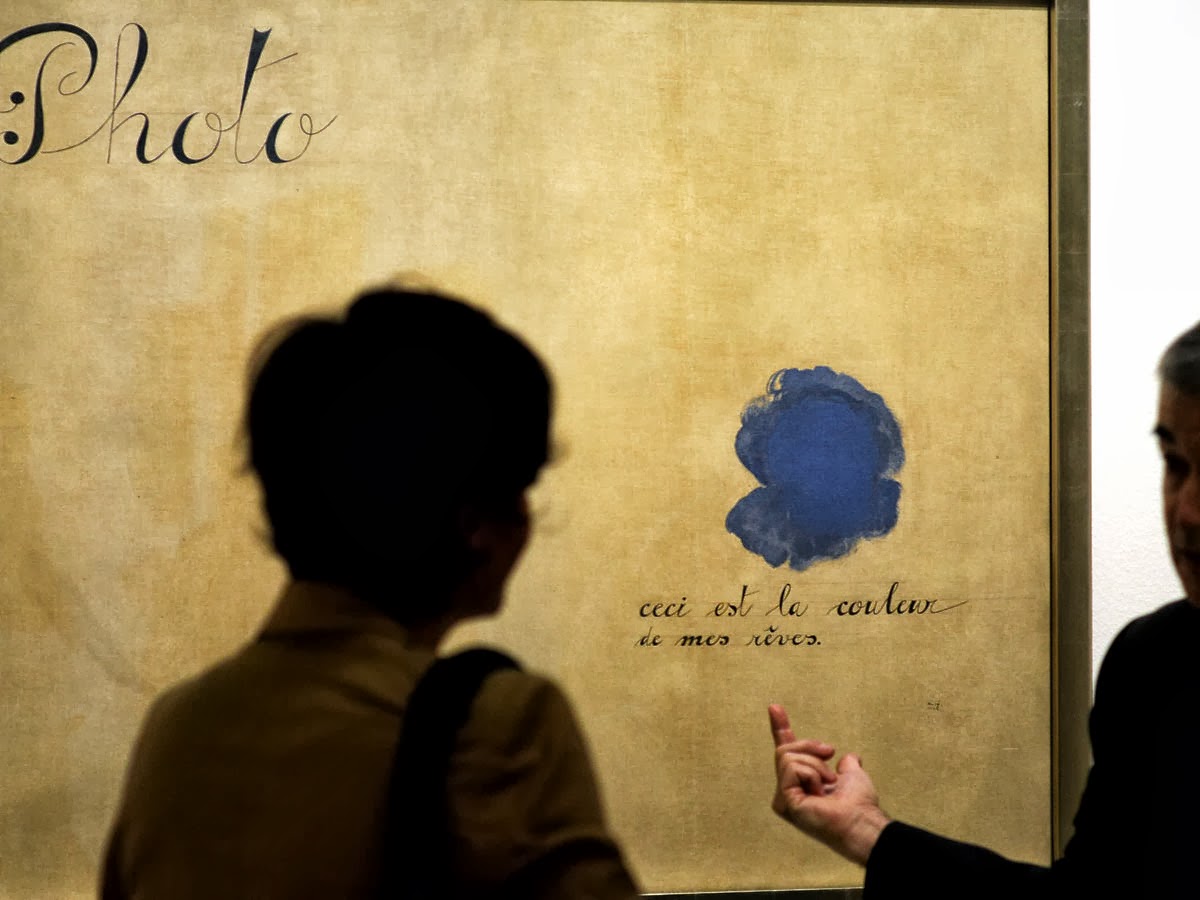 Here is an exhibition with many reflections about: death, love, desire, anger, destruction, impotence,fear…freedom.